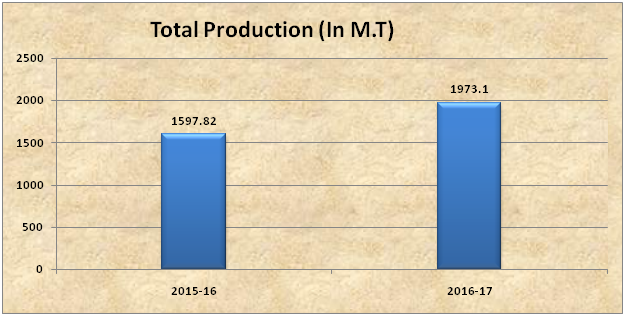 Requirement of Fund for next two years for Aquaculture in SFDC :

The fingerlings 10-12 c.m size are raising to marketable size in a perennial ponds will give the best result in respect of growth and survivability. The pond should be weed free. All the unwanted fish and predators should be removed before stocking of fingerlings. Soil and water management is an essential step for optimizing fish production. Natural productivity of pond can be greatly enhanced by the use of manures and fertilizers and which provide essential nutrients for aquatic biota serving either directly or indirectly, through involved eco system, as food of fish. Liming and pond fertilization at required quantities in specified in installments are very much essential to ensure the production of adequate natural food (plankton) for fingerlings. The stocking density of  fingerlings are 6000 nos. per hectare. The  balanced  formulated  feed ( floating feed ) should be applied as per requirement. Harvesting should be started when the fish attained i.e. marketable size i.e. 1000 gms and above. 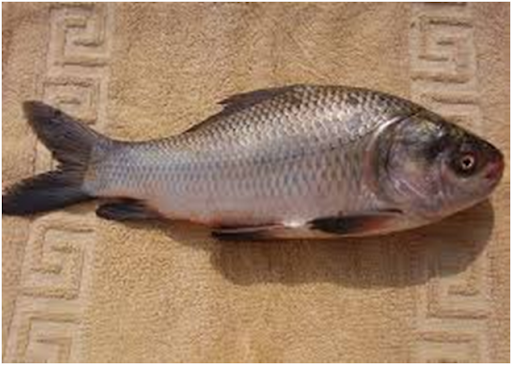 Tilapia is a native of Africa and Middle East. About 70 species together called as Tilapia of which 9 species have the importance to aquaculture. Mono-sex Tilapia is a sex reversal by endocrine manipulation during fry rearing stage. Genetic manipulation through 'YY' technology . The cultured species is a hybrid of O. hornorum with O. mossambicus or O. niloticus . In grow out pond of SFDC the stocking density is maintaining 4-5 nos/ sq. mt. with a production level 5-6 M.T./Ha./ Crop without aeration. In semi-intensive and intensive culture the production level can reach 30M.T.- 100 M.T./Ha./Crop. 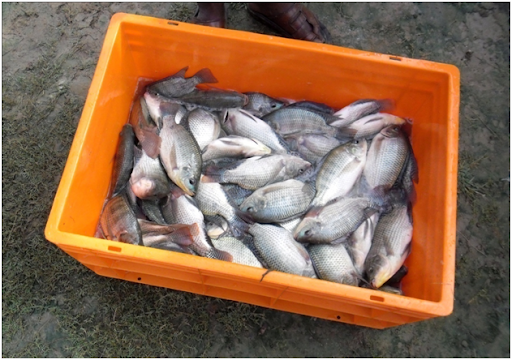 The new exotic species Pangassius sutchi  was first introduced in India in the year 1995-96 in the state of West Bengal from Thiland through Bangladesh. The original native of this species is the river system of Mekon Basin and Chavo Phraya river of Thailand, Combodia and Vietnam. Since 2004 Pangassius farming has increased due to commercial  importance for the following reasons-

SFDC is culturing in all their farms. Any pond can suitable for culture. The water depth is the indicator of stocking density- 1mt. depth 20000 nos., 2.5 mt. depth 27000 nos and 3mt. depth 35000 nos. of fingerlings can stock. After stocking balanced feed management is most important for best production. Culture period is 4-6 months with targeted production of 14-20 M.T./Ha./Crop.

CULTURE OF OMPOK PABDA IN PONDS :

Ompok pabda is an indigenous endangered freshwater cat fish in India. Due to reach lipoprotein content and soft body bony structure this fish species is considered delicious and nutritious to the people of North India specially in Bengal. During early 1970s Ompok species supported  a strong fishery  especially in the North-Eastern States, North Bihar and West Bengal. Since 1980s a sharp decline in  occurrence and abundance were observed. Despite its greater economic value this species did not receive sufficient attention in aquaculture as a result SFDC has taken initiative to culture the endangered high valued species in their Farms as a pilot  project.

Mono-culture of Pabda has under taken at Digha Fisheries Project . The stocking density is @ 20000/Ha. Pabda fish usually lives in the upper level water. They are omnivorous. They generally eat protozoa, aquatic insects, crustasia moss etc. We are giving supplementary balanced CP floating feed in our culture pond. The growth rate is satisfactory so it has been decided that SFDC can bring more area for this high valued fish. 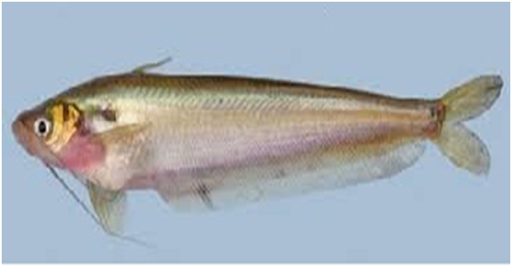 Sarpunti  is a tropical fresh water endangered fish in India. In West Bengal it is a high demand and high valued fish. Due to high consumer preference, even at smaller size  of 100-200 gms. are selling @ Rs. 300/- -Rs. 400/- per Kg.  The species is  a suitable candidate for diversifying the carp culture and also can serve for its conservation. It can culture with IMC specially compatible with both rohu and mrigal. In polyculture with IMC the production can reach upto 5 M.T./ Ha./Crop.

Vietnam Koi fish is commonly known as  climbing perch.  It is a freshwater air-breathing high priced fish in Bengal. Pond, tanks, Swampy water bodies, reservoir is the native place of this species. Recently a fastest growing Anabas species available for pond culture. SFDC are going to culture this species in their Farm for enhancing production and also for more profit.

Among the many high value marine tropical fin fish that could be farmed in India, the Silver Pompano, Trachinotus blochii is one of the top most, mainly due to its fast growth rate, good meat quality and high market demand. The  Silver Pompano culture practice has been successfully established in many  Asia-Pacific countries like Taiwan and Indonesia. The farming can be successfully carried out in ponds, tanks and floating cages. It is able to acclimatize and grow well even at a lower salinity of about  10 ppt. and hence suitable for farming in saline zone. In India the Central Marine Fisheries Research Institutes first time successfully done the induced breeding and larval production in 2011 at Mandapam Unit in Tamil Nadu.

In West Bengal, SFDC first time started culture of Silver Pompano at Alampore Fisheries Project near Digha in Purba Midnapore District during May, 2014. Fry collected from CMFRI, Mandapam  Unit. Though the ideal salinity for culture is 15ppt.-25ppt. but it can tolerate wide range of salinities ie. 5ppt. -40 ppt. Water depth is 1.5mt. is ideal. We stocked about 10000 nos. fry in pond size of .75 ha. Initially given imported Feed from Tiwan with 50% crude protein and 10% crude fat combined feed and  later used good quality  high protein  feed. The growth and survivality  was very good and can culture in our coastal belt in a big way.

Cobia is a warm water  large pelagic sea fish. It can grow 2 meters in length and 68 Kg. in weight. Their rapid growth rate and high quality flesh makes the fish one of the marine potential fish for aquaculture. Currently, Cobia are cultured in nurseries and grow-out off-shore cages in many parts of Asia, United States, Mexico, Panama, Tiwan, Vietnam and China.

In West Bengal, SFDC has planned to culture this species first time in our earthen pond. The fry will supply by the CMFRI, Mandapam Unit, Tamil Nadu. Very soon the culture will start.

Litopenaeus vannamei  is a native of pacific coast of Mexico and Central and South America as far as Peru. It is mainly found on mud bottoms, down to a depth of 75 mt. It is commonly known as white legged shrimp. It is grayish-white in colour. The maximum weight of  the females in the wild is about 120 gms. The males are smaller at 60-80 gms. The optimal range of temperature for the species is between 30 C and 34 C. It can tolerate salinity levels of 0 ppt. to 50 ppt. Growth is uniform within 10ppt. to 40 ppt. They can grow in fresh water also but the growth is slower below 10 ppt . pH range 7-9 and dissolved oxygen levels above 4.5 ppm. are required for optimal growth. In culture the stocking density ranging from 40/sq. mt. to 150 /sq. mt. due to their less aggressive nature.

SFDC is culturing the species after receiving the Coastal Aquaculture Authority Registration . The production is about 5.0-6.0 M.T./Ha./Crop.